A decade ago, just before the opening of the fashion week in Milan, Bafa Modenas, the man behind it said in an interview with The New York Times: “There is no more significant difference between summer and winter. The entire fashion industry will have to change. ” While the jackets take the place of the coats as the wise winter choice, the tailored collar shirts are a beautiful multi-season replacement for the tailored look of the jackets.

Global warming. Along with scientists who are anxiously following, there are also fashion designers and trend-setters who are covered with worry-filled nails.

Quantities of articles had been written about the dubious contribution of clothing and fashion accessories manufacturers to the significant damage to the environment (fashion is the second most polluting industry in the world).

The question arises – what can be done?

One of the most obvious trends in recent years is transparency – “Know where your clothes come from” (The #WHOMADEMYCLOTHES). There are predictions that this trend will even deepen – “onward! Labels that indicate only 90% polyester! Welcome to a label that says polyester is made of oil. ” Or, “it’s Cool that 100% is cotton, but know that later on we painted the shirt with something not so cool.”

But not only is buying a hypernatural estate but a sensible purchase of high-quality clothes, along with the construction of a base wardrobe that will maintain relevance and accurate appearance, even years after the last cotton fields become a property (Because cotton needs a lot of water to grow, and there will not be many if the water evaporates or the glaciers flood, etc.)

That wise consumption, by the way, will lead to the purchase of a garment before it is manufactured (AKA: Pre-Sale), so that only clothing that has demand, will exist in the world.

For several years, fashion brands have been talking about a steep decline in income from the sale of jackets, coats and more winter fashion accessories. A short Google search revealed that even now, even before the drop of traditional Israeli rain, one can find in the fast fashion sites exactly the same items.

Brands that are interested in creating items to deal with particularly cold weather, such as Columbia and North Face, have reported an increase in sales of lighter coats compared to those that survive liquid nitrogen.

And while the jackets take the place of the coats as the wise winter choice, the tailored collar shirts are a great multi-season replacement for the tailored look of the jackets.

How did the collars become a masculine status symbol, a basic item that crosses genders and classes?

A small historical leap. William Shakespeare. Did you, too, now have a picture of a bald head, a meticulous mustache and a megaphone sticking around?

Collars have been here for a while. As early as the middle of the 14th century, to be exact.

Over the next 200 years, the evolution of the collar has made it bigger and more exaggerated. The higher the social status of the wearer, the greater the complexity and size of the collar.

When she reached England, she was truly released. Made-up collars were made from 5 meters of fabric, carried about 600 folds, and stood proudly around 20 cm around the neck.

The new style is called the “French style”. On the other hand, the French who saw the tourists beyond the Canal covered with these works, called the fashionable statement “The English Monster.”

The complex maintenance required of the giant collars meant that they had cleared the stage for an early version of collar and tie.

At the same time, throughout the 17th and 18th centuries europe experienced its “Enlightenment” – philosophers published a philosophy of praise of simplicity, accompanied by a corresponding fashion statement. Nowadays it was called “Normcor.” The elite still maintained a high collar.

The collar in general was a symbol of masculinity, and the more white it was, the higher the wearer’s status (and if you were lucky enough to work in the mine, for example, your collar was blue).

At the beginning of the 19th century, the simple collar in its separate version of the shirt came into being as a solution for shirt maintenance and laundry policy – the rigid collars, as the most visible and representative part of the garment, could be washed separately from the shirts with the soft cloth.

But there was a cause- although these separate collars are upgrading in appearance at the moment,

Could you play with them in your favorite sport game? Within a second, the resulting appearance was of a flying fish spread out enthusiastically.

Therefore, the British polo players organized a few buttons that held the collar steady even in game conditions.

To one of those games came American tourist John Brooks, one of the creative pillars of the Brooks Brothers fashion brand. The view was so accurate in his opinion that towards the end of the 19th century, it became part of the brand’s groundbreaking collection.

The collar shirt that we know to this day – has come into being.

At the beginning of the 20th century, the dominant trend shifted the searchlight from a declaration of uncompromising presence to obvious relaxation. Central heating in homes became more common, rigid social classes became a bit more blurred, and the fabrics became lighter. The simple collar shirts have become a basic consumer product and available to the masses. You could also talk about colors and other samples without being overly revolutionary – collar shirts with colored stripes also received a decent enough mark.

World War I devours the gender card, when women enter the workplace, and into the heart of the male wardrobe carrying the collar.

In the 1930s, several movie stars full of etude, such as Katharine Hephburn and Greta Gwhenh adopted the collar shirts for the wardrobe. They were followed by Marilyn Monroe, Audrey Hephburn and Grace Kelly.

The fashion designer Carolina Herrera bought her in the Gap, Sofia Coppola takes a lot of pictures in collars (even wrinkled), Hillary Clinton gave her a place of honor in her election campaign, and Kate Middleton is an avid fan.

It’s a great arsenal to be counted on, is it not? 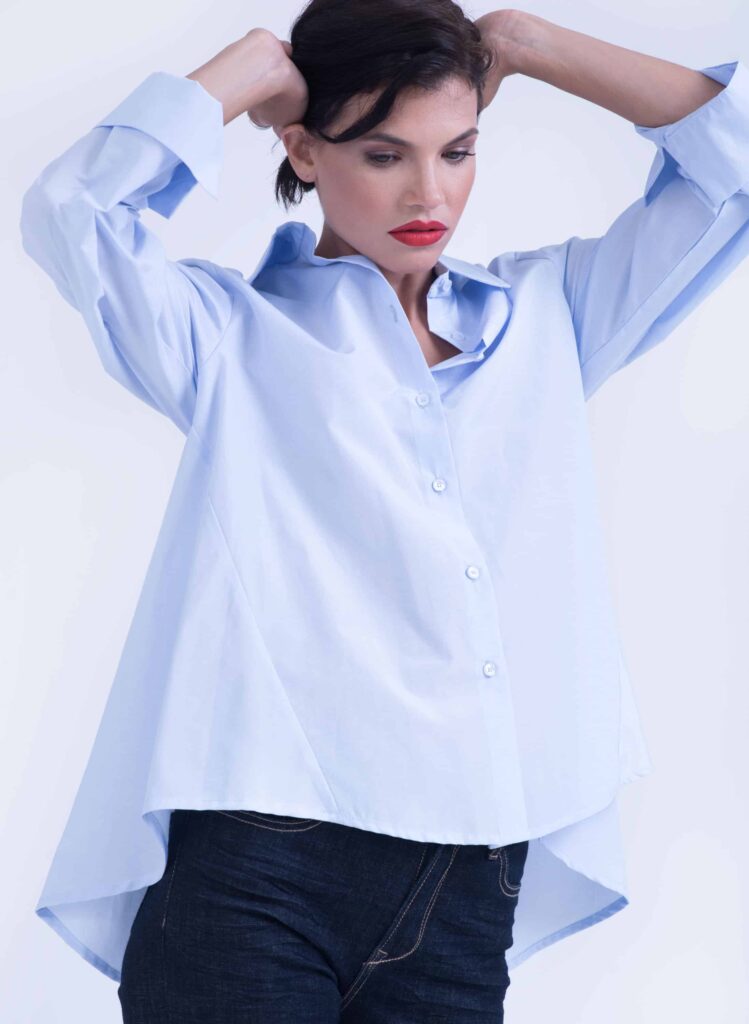 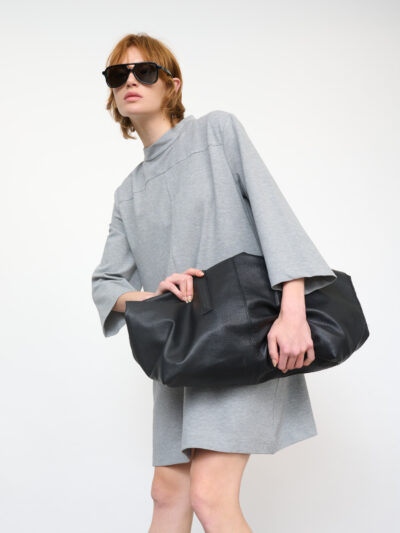 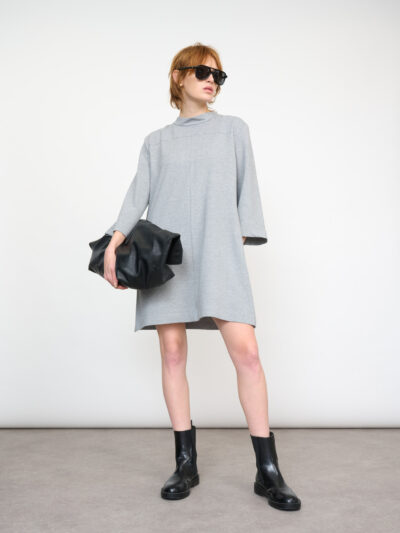 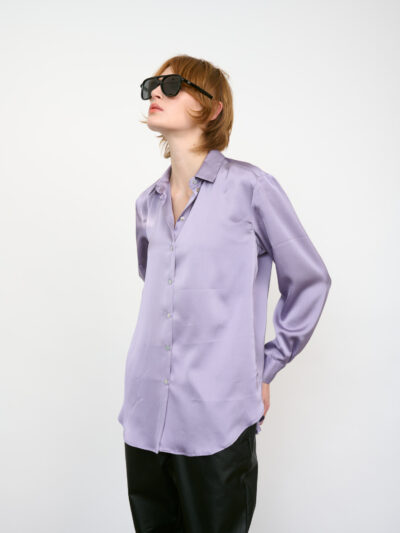 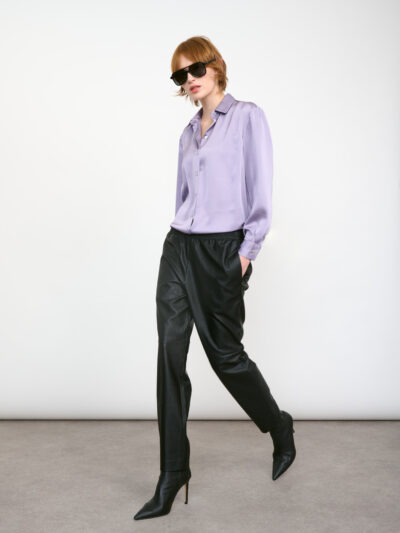